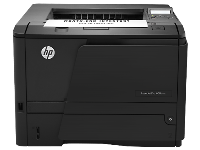 For a (black and white) multifunction printer (print, scan, fax, and copy) that works well with CHECKPRO & LOANPRO, we recommend the Dell Mono Multifunction Printer B1265dnf.

HPGL PCL5 OR BETTER IS REQUIRED FOR LASER FORMS

A specification of PCL5, PCL5e, or PCL5c, coupled with a mention of PCL fonts, is a good indication that the printer will be compatible with all versions of UnForm. Unfortunately, not all printers that support PCL5 include PCL fonts. Without such fonts, all text output produced by UnForm is rendered in Courier and is not scaled. Therefore, verify that the specifications mention PCL fonts, or at least verify the printer is returnable if it turns out not to handle PCL fonts.

A mention of PostScript 2 or higher indicates compatibility with UnForm 7. (CHECKPRO™ does not use PostScript).

A specification of PCL6 does not indicate PCL5 support, as PCL6 is a poorly named, entirely different, print language that is not compatible with UnForm's PCL5 output.

If no print languages are mentioned in the specification, the printer is probably a host-based (also called GDI) printer. This type of printer has no capability to render print streams, and is incompatible with any form of UnForm output.